After working for four years as a Chinese teacher herself, Tina decided to take on the challenge of building up the Chinese teaching team for LTL.

Her first decision was to not hire teachers part-time as back then all Chinese language schools did, but to offer full-time working contracts. Show More »

Our 1st ever school in Beijing

After five months of construction and endless arguments with all kinds of people we finally moved into our first home in April 2009.

On the 16th floor in the “Sunshine 100” Building right in the center of Beijing we had four class rooms, a kitchen, lunch area, small office and a beautiful balcony overlooking Beijing. Show More »

From the start the aim of LTL had always been to create an immersive environment for students who want to learn Chinese as fast as possible.

However, as we were still building our reputation, most of our students were foreigners already living in Beijing and studying Mandarin only part-time after work. Show More »

We had always known that to achieve fast language progress we had to get our students to speak Mandarin not only during but also outside class.

We did well in getting our students to speak a lot of Chinese during class and to practice at home with their host family. Show More »

However, during breaks, social events and Beijing nightlife there was always a lot of temptation to speak English with other students, expats or Chinese who could speak English.

Knowing that this was less than ideal, we tried out a lot of different things, including a language pledge where students promised to not speak anything except Mandarin.

The results were not satisfactory.

Students ended up learning each other’s grammar mistakes. As Beijing is an international city, with a large expat population, international nightlife and increasingly more English speakers it became obvious to us that a complete immersion experience would not be possible in this city.

So we started to search for the perfect immersion city to learn Mandarin in.

This was a lot more difficult than we had first expected. Outside of Northeast China locals spoke very strong dialects which made immersion for a student of standard Mandarin impossible. The larger cities in Northeast China all had sizeable expatriate communities with a lot of opportunities to speak English and the smaller ones were rather grim industrial towns, not to mention the minus 40 degrees temperatures during winter.

However, after a lot of traveling and research we finally found our perfect city for a complete immersion program: Chengde.

China’s old summer capital was the birth place of Mandarin and standard 普通话 (Mandarin) was codified in Chengde in 1952.

The city had no expatriate community whatsoever and nobody could speak English.

At the same time, Chengde was a beautiful city with clean air, located in the mountains, a UNESCO world heritage site and home of the Old Imperial Summer Palace with amazing hiking and outdoor sports opportunities. At half a million people the city still offered all the amenities of a proper city though and the locals were famous for their hospitality.

Our first Student in Chengde

On May 25th 2010 our first student went to Chengde to study and live with a homestay family.

The very next day two very concerned government officers arrived at the homestay to discuss the situation. They had not seen a foreigner live in their city since the 2nd world war and were very unsure how to deal with the situation. Show More »

Little by little we were building our reputation as the place to go to for students who wanted Chinese language immersed and improve their Mandarin quickly.

As a result, we started to run out of class room space and had to build a school extension on the 19th floor of the same building with an additional six class rooms.

We kept the extension until 2014 when we moved into our new Beijing school on the 29th floor of the same building.

We realized that many of our students did not only want to learn Mandarin, but also gain work experience in China.

Teaching Chinese to many international companies already, we had very good connections to the HR departments and started to offer our internship in China program.

Today most interns combine studying Mandarin with working in a company in Beijing or Shanghai.

Before LTL came to town there were no opportunities to teach Mandarin in Chengde because there were no foreigners in the city. Show More »

Alex joined us as a student advisor in 2012. Back then he organized all full time Chinese language programs for students at LTL Beijing and Chengde.

He continued to do so until 2016, when he moved to Shanghai to become our school director for LTL Shanghai. Show More »

Alexander is a language learning enthusiast and polyglot who speaks upwards of 10 different languages including of course fluent Mandarin.

He ran our Shanghai school and now resides in Taipei, where he runs our school there. Busy lad!

He started as a complete beginner and over the course of a year we took him to HSK 6 with a homestay and Chinese immersion program. Show More »

LTL is all about immersion, but we had to recognize that some students wanted more freedom and did not want to stay with a homestay family.

The shared apartments were also located in a very Chinese part of Beijing. Even though it is only four subway stops from our school in downtown Beijing very few foreigners live in that area.

Except for a new bar street that developed next to the Grand Canal which flows just south of the development, nothing much has changed in the area and our shared apartments are still located there today.

As our reputation grew we started to run out of space again and needed bigger school facilities.

We did not want to leave our central location in downtown Beijing, so we looked to move into the 29th and 30th floor in the same building. Show More »

Over the years we had been asked countless times if we could offer Chinese courses in Shanghai.

However, we were always concerned whether it would be possible to provide the same outstanding quality we had become known for when operating in a city that far away. Show More »

With now three schools in Shanghai, Beijing and Chengde we decided to offer a multi city Chinese course in China.

And so our next school was born! 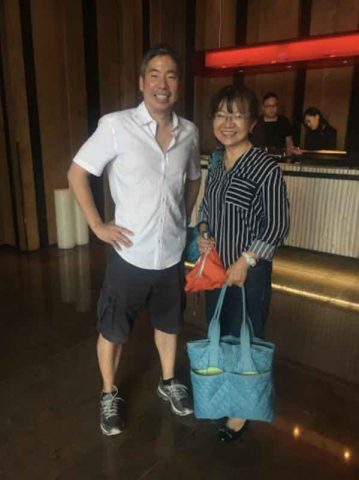 Andy was from the USA and of Taiwanese decent.

He often visited Taipei for business trips and grew up speaking some Mandarin at home.

Already having the basics, his main aim was to be able to speak Mandarin confidently in business situations.

He did four hours a day of one on one classes and progressed very fast.

LTL Taiwan has grown rapidly since then and has this year become one of our most popular study destinations, both because of the great school and teachers we have there but also because Taipei is just a really cool, nice and friendly city to learn Mandarin in.

Another year and further expansion. Beihai, a city unbeknown to even a lot of Chinese believe it or not. This gem is based on the south coast of China, hosting some of the finest beaches in the country.
Show More » 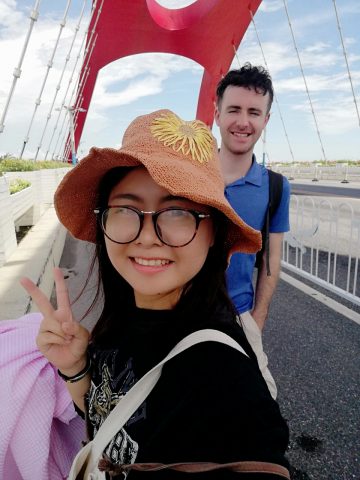 Beihai is a fascinating place which provides an ultra cheap lifestyle, a wide variety of accents, and some of the finest beach scenery in all of China.

Whilst our local friends are heading down to the increasingly crowded Hainan Island, and Sanya, we decided to make a left-field move which has paid off hugely in the form of some very happy students, and a truly immersive Chinese experience.

Our first student in Beihai was Chris who came all the way from Ireland to study for 3 weeks in Beihai.

Our wonderful program manager/teacher in Beihai, Anna, looked after Chris (as with all our Beihai students) and gave him a unique insight into life in Beihai.

It helps she’s a local!

Our Beihai courses, due to the cheap lifestyle, are vastly cheaper than the equivalents in Beijing and Shanghai and provides our students with something truly different.

Needless to say Chris went home a very happy man and was the 1st of hopefully many students who take this rather different route to studying Chinese in China!

Further expansion? You bet! Thanks to a lot of happy students and a great team we decided to take a further step into China, but where next?

Xi’an is a city often overlooked when people visit China, or if not, just referred to because of the Terracotta Warriors. Trust us when we say Xi’an has bags to offer.
Show More »

Xi’an is often referred to as a mini Beijing. But what does that mean? 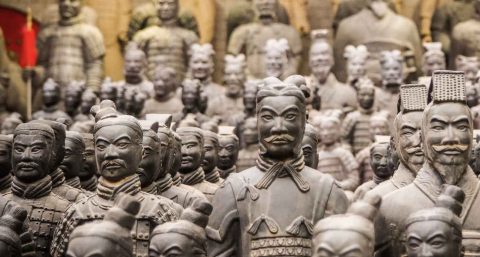 When comparisons are drawn between Beijing and Shanghai, the former provides culture and history that Shanghai simply cannot match.

However, go to Xi’an and you see a city that is incredibly comparable to Beijing, just on a much smaller scale.

Due to this, we wanted to make sure our next move was here and in May of 2019, we made that dream a reality.

With courses now available in Beijing, Shanghai, Chengde, Taipei, Beihai and Xi’an we can truly say we are able to provide students of Chinese with all kinds of different aspects of life in China.

Ask us a question!